The 1990s
Connecting and Contributing--Broadly 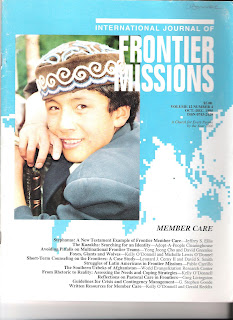 The 1990’s saw member care increasingly developed and appreciated throughout the mission world. The term “member care” began to be widely used to describe this emerging field, replete with its growing body of research, practitioners, materials, models, concepts. Many noteworthy books related to the broadening field of member care were written by authors from diverse backgrounds, including pastors psychologists, trainers, mission leaders, and physicians. Most however were still being written by people from the Newer Sending Countries.