Note: Want to add comments and resources?
You can do so at the end of this entry and on our new Facebook page
for the Member Care Updates and the Global Integration Updates. 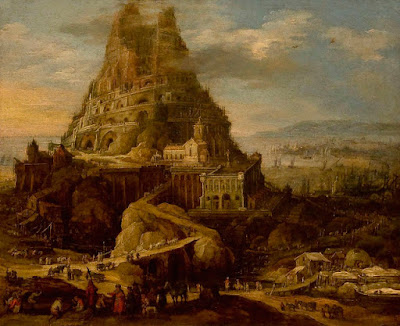 I want to begin with a brief acknowledgment about some new GI concepts, encapsulated in new terms. I have tried to craft several global-related terms in recent months to describe some of the key processes, issues, and directions we are facing in the world community and as global integrators. (hopefully not global-ish gibberish)

I am with the world community in its sincere efforts to resolutely go globable (globe-able) on behalf of the world’s growing globeails (globe-ails). We yearn to be able to address all ails—to act on the moral imperative to skillfully scale up our global efforts for wellbeing for all people and our planet. So I am in, and I encourage all global integrators to be in too.

Nonetheless I have two cautions, which I share from my perspective as a practicing Christian and a clinical psychologist. They are the Bael and the Babel dimensions (metaphors-realities both reflecting selfishness) that affect global progress. Please note that my thoughts are still in formation as I try to connect my world view with involvement in areas like global mental health and sustainable development.

1. Going Globael (Globe-Bael). Bael is a metaphor I am using that is derived from a major god/idol mentioned frequently In the Old Testament, Bael. Among other monstrosities, Bael “required” child sacrifice in order to be placated. Bael was a stumbling block for the Jewish nation (and other nations) and the Bael cult/religion led to some severe consequences (such as Divine judgment and exile) according to Old Testament accounts.

Bael for me represents evil. Globael represents global evil. It is the ubiquitous spread of evil that undermines even our best efforts to help humanity. Evil, like virtue, is resilient too. It does not just go away by well-meaning people working on wellbeing for all people. Some examples, broadly speaking, which reflect our globails (globe-ails) and which ultimately exploit people and our planet include 7 C's: Crime (including disregard for the rule of law and human dignity), Corruption (the abuse of power for personal gain), Consumerism (including its devastating effects on poverty and planetary boundaries), Conflict (including its massive negative impact of human security, state-building, and livelihoods), Calamity (natural disasters), Conscience-rationalization (including complacency and self-justification), and last but not least, binding it all together: Çelfishness (that is, selfishness--with some linguistic license). Bael is alive and wael.

2. Going Globabel (Globe-Babel). Babel refers to a city and its tower in the Book of Genesis. The account tells of many people coming together in one place whose ambition was “to build for ourselves a city, and make a tower whose top will reach into heaven, and let us make for ourselves a name; lest we be scattered abroad over the face of the whole earth” (Gen. 11: 4). God intervenes (v. 6) because “they are one people, and they all have the same language…and now nothing which they purpose to do will be impossible for them.” I am frankly not clear what this is all about and the connection between what seems to be an incredibly ambitious (creative?) human effort and its propensity to bring harm/evil on humanity and to greatly displease God/be at odds with God’s purposes for humanity. So I  may be wrong, but it would seem to me that the main issue was that they were seeking their own welfare apart from the welfare of others and God’s purposes. And ultimately, leaving God out of the picture. So once again, perhaps binding it all together, is selfishness.

Babel is thus a metaphor for me of humanity, well-intentioned or otherwise, seeking its own welfare (perhaps arrogantly?) to the exclusion of others and God. That is not how life is intended to work, from a Christian perspective. Rather connecting with others and cultivating a relationship with God is central as is a humble acknowledgement of one’s need for God—at all levels of society. Perhaps Babel could also be metaphorically understood as disciplinary or national towers that grow more vertically than horizontally--self-serving silos at the expense of multi-disciplinary and international efforts on behalf of humanity and the planet. Either way, Babel is thus a mixed term at best for me and a reality to avoid. Don’t dabble with Babel.

Going Doxological
So are we missing something essential by not explicitly acknowledging the undermining reality of evil and the underlying reality of God, as we are “going globable on behalf of our growing globails”? Sure! I am all for supporting human efforts to do good. I see it as the imago Dei at work within the missio Dei, regardless of whether one believes in these things or not. Humans do good. Yet I think humans do better when they include and honor God in the process. And more specifically I think we can do much better at “transforming our world” (e.g. the United Nations 2030 Agenda for Sustainable Development, Sept. 2015) and “restoring humanity” (e.g. the World Humanitarian Summit’s Global Voices Calling for Action, Sept. 2015) if God is included and honored in our efforts and if we started with transformation and restoration in our own hearts. The world will not be a better place unless "better people" make it so. 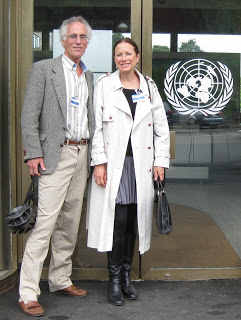 What in fact would it mean to “include and honor God” especially given the diversity of worldviews and faith/non-faith perspectives in the world community? Let me answer this query in terms of three "levels: the collective heart level, the collective pragmatic level, and the personal level for me.

At the heart level it would mean this: People respectfully appreciate others’ perspectives/worldviews, while also having the freedom to sensitively share their own, and to include/integrate their beliefs/values into the efforts for transformation and restoration. At the pragmatic level it would mean acknowledging and including faith-based organizations intentionally in UN efforts for wellbeing—and vice versa. This is not easy--getting everyone together (within the diverse faith-based sector itself, not to mention civil society, the academy, the private sector, and the UN system) to work cooperatively.

For some more perspectives and current examples related to the heart and pragmatic levels, see the article on the United Nations Interagency Task Force for Engaging with Faith-Based Organizations for Sustainable Development (aka UN Task Force on Religion and Development, 6 July 2015, Inter Press Service).” See also the training/interactive event to be held in Turin, Italy in November 2015, “Engaging with Faith-Based Organizations and Communities in Development and Humanitarian Work” (UN Strategic Learning Exchange). See also our special Global Integration Update from August 2015 on Faith-Based Partners in Transformation.

On a personal level there is another term that points me, a developing global integrator practicing Christian spirituality, in a helpful direction: globalleluia (globe-Alleluia). This is yet another new term and it refers to having an underlying doxological motive and goal in one's global life. It is knowing, praising, honouring, and depending on God as we work globally. It’s ad majorem Dei gloriam. It’s, well, one of my favorite words that rolled off my tongue from my heart not to long ago:  alleluYahweh. Praise to the One whom no greater being can be conceived (to paraphrase Anselm). “For from Him and through Him and to Him are all things. To Him be the glory forever.” (Romans 11:36). GloballeluYahweh
Posted by Member Care Associates at 14:56