What Would Judas Do? 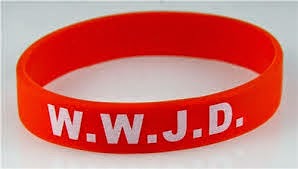 As for Judas:
He would betray vulnerable people through silence, neutrality, passivity.

He would betray by distorting the truth for his own advantage: slanting important information, its interpretation, and its implementation.

He would betray by preserving peace for his own interests (pseudo-peace) at the expense of the truth--and vulnerable others.

He would betray by telling half-truths.

He would feign truth and peace.
He might even rather die than ask forgiveness for having made a "mistake."

Judas--and the Judas dimension in us--is both a foul-weather fiend and a fair-weather "friend."
So is he really worth his weight...in tarnishing silver?
﻿
Posted by Member Care Associates at 21:01