Self-Justification
It's just amazing how other people get stuck... 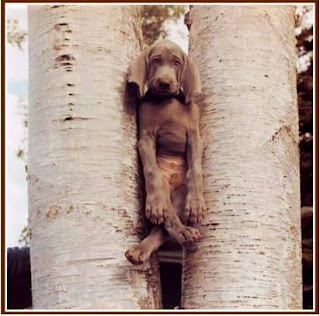 "Most people, when directly confronted by evidence that they are wrong, do not change their point of view or course of action but justify it even more tenaciously. Even irrefutable evidence is rarely enough to pierce the mental armor of self-justification…."
.

"That is why self-justification is more powerful and more dangerous than the explicit lie. It allows people to convince themselves that what they did was the best thing they could have done. In fact, come to think of it, it was the right thing. “There was nothing else I could have done.” “Actually, it was a brilliant solution to the problem.” “It was doing the best for the nation.”…."
.

"Now between the conscious lie to fool others and unconscious self-justification to fool ourselves lies a fascinating gray area, patrolled by that unreliable, self-serving historian—memory. Memories are often pruned and shaped by an ego-enhancing bias that blurs the edges of past events, softens culpability, and distorts what really happened…Over time, as the self-serving distortions of memory kick in and we forget or distort past events, we may come to believe our own lies, little by little….Before long, we have persuaded ourselves, believing privately what we originally said publically…."
.

"Yet mindless self-justification, like quicksand, can draw us deeper into disaster. It blocks our ability to even see our errors, let alone correct them. It distorts reality, keeping us from getting all the information we need and assessing issues clearly. It prolongs and widens rifts between lovers, friends, and nations. It keeps us from letting go of unhealthy habits. It permits the guilty to avoid taking responsibility for their deeds. And it keeps many professionals from changing outdated attitudes and procedures that can be harmful to the public. "
.

Mistakes Were Made (but not by me): Why We Justify Foolish Beliefs, Bad Decisions, and Hurtful Acts,  Carol Tavris and Elliot Aronson, 2007; excerpts from pages 4-10
.

You are those who justify yourselves in the sight of men,
but God knows your hearts;
for that which is highly esteemed among men is detestable in the sight of God.
(Luke 16:15)
.
Note: Matthew 23 goes into far more detail about the hypocrisy and consequences of our self-justifications—especially for people with leadership positions and personas.
Posted by Member Care Associates at 12:24

Email ThisBlogThis!Share to TwitterShare to FacebookShare to Pinterest
Labels: cognitive dissonance, hypocrisy, living in truth, Mistakes Were Made (but not by me), self-justification