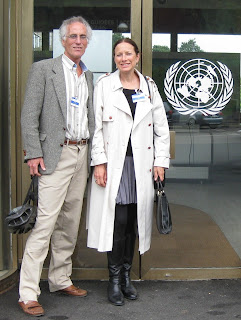 13 June 2012, after the IASC event on PSEA at the UN in Geneva.
“It was powerful, relevant, disturbing, and sicko.”
*****
The only thing needed for evil to prosper is for good people to do nothing...
or to do some ‘thing’ and then to move on.
.
Life continues after the many conferences that we all attend. The post-conference challenge is to get back into ones usual work and to implement all of the commitments and plans that one makes while gathered together. This post-conference challenge is true for us after having attended parts of the remarkable 65th World Health Assembly (WHA) held at the UN in Geneva.
.

Not surprisingly, we were back at the UN in early June. We attended a three-hour event sponsored by the Inter-Agency Standing Committee (IASC, a major coordinator for humanitarian assistance). The topic was the Protection from Sexual Exploitation and Abuse (PSEA), emphasizing the IASC member organizations’ efforts to deal with this reality (SEA) in their operations. Many thanks to the ISAC for all their hard work to organize this event! We were warned that it would likely be disturbing, and judging by the looks on our faces after the event (as in the photo above--hard to really smile), the warning was accurate! 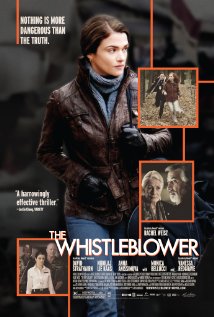 The event featured the screening of the movie, The Whistleblower. This movie is “based on the experiences of Kathryn Bolkovac, a Nebraska cop who served as a peacekeeper in post-war Bosnia and outed the U.N. for covering up a sex scandal.” Bolkovac, played by Rachel Weisz, “finds herself confronting a 'dangerous reality of corruption, cover-up and intrigue amid a world of private contractors and multinational diplomatic double-talk'. A fictionalised account inspired by actual events, the movie deals with issues both real and abhorrent: human trafficking, violence against women and cross-border organised crime. United Nations peacekeepers and staff are portrayed as turning a blindeye to, or worse, actually being complicit in these crimes.”  The Whistleblower premiered in September 2010 at the Toronto International Film Festival. Click here for the movie trailer.
.
What Happened?
The IASC event was moderated by Arafat Jamal, Chief, IASC Secretariat, with some very sobering and informative opening remarks by Mr. William Lacey Swing, the Director General of the International Organisation for Migration (who oversaw the UN peacekeeping effort in the Democratic Republic of the Congo from 2003-2007 when major sexual scandals were surfacing that nearly crippled the UN’s operations there).
.
Four panelists actively involved in the humanitarian sector responded to the movie. In addition, Madeleine Rees contributed many helpful insights, the former human rights lawyer in Bosnia who was played in the movie by Vanessa Redgrave.  They all poignantly discussed issues raised in the film as well as current initiatives to strengthen PSEA, especially organizational, leadership and individual responsibility. Participants also contributed through the engaging time of discussion. The panelists:
.
Ms. Beris Gwynne, Director World Vision Geneva, Leader for Global Accountability
Ms. Marie Elseroad, International Medical Corps, Co-Chair of the IASC Task Force on PSEA
Mr. Ngonlardje-Kabra Mbaidjol, UNHCR Director Ethics
Ms. Lauren Landis, Director WFP Geneva, WFP Senior Focal Point on PSEA
.
Some key comments and some take-aways (from movie and presenters):
If we don’t do PSEA well then it will negatively affect all that we do.
.
In addition to the negative impact on victims, SEA seriously demoralizes staff, undermines our humanitarian strategies, and dishonors our organizations.
.
PSEA in differnt forms exists in places where there are peacekeepers (e.g., food for sex and human traafficking).   It  is not just in the more publicized places (West Africa, DRC, Bosia). The protectors become the predators.
.
We need to mobilize more courageous leadership on this issue.
.
We need role models who are beyond reproach.
.
A major challenge is confronting the organizational architecture of impunity.
.
We need safe places for honest conversations.
.
Our organization is dealing with this issue---top-down, bottom-up, and end to end.
.
There are no exceptions, no excuses, and high behavioral expectations for our staff.
.
Staff need to understand that it is “cool” to be “good.”
.
We need sustained commitment for PSEA and to maintain momentum in the face of so many other humanitarian and organizational demands.
.
Unless you go public, the darkness will never see the light of day.
.
To date, there has been no prosecutions of the people involved in the events depicted in this movie.
.
End of movie comment by Kathryn Bolkovac:
I would do it again [whistleblow to protect vulnerable people in spite of grave risks/consequences]. Yes, without a doubt.
.
Updates on PSEA in the UN and Related Personnel
1. The Senior IASC Focal Points.
At their December 2011 IASC Principals meeting, IOM agreed to facilitate an initiative to provide new momentum to addressing the issue of PSEA within IASC organizations. Under the leadership of the IOM Director-General, each IASC organization has nominated senior PSEA Focal Points which met to discuss progress in addressing PSEA within their respective organizations.
.
2. The IASC Task Force on PSEA
The IASC Task Force is the venue for collaboration among all IASC members (UN, NGO, IOM and International Federation of the Red Cross/Red Crescent) with objectives to strengthen leadership, support field offices and assist agencies in incorporating PSEA based strategies.  The objectives of the IASC Task Force are:
.
Some Applications for Mission/Aid and Member Care
1. Don’t think that this stuff cannot happen in mission/aid —that is, having to deal with all types of corruption such as SEA, and including confronting leaders, organizational culture, and unethical and illegal practices, as well as whistleblowers (leaders, staff ,and external folks) committed to the core values of an organization experiencing the consequences of such confrontation. 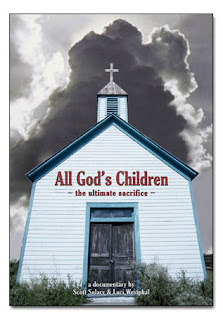 2. One example, similar to this movie, more on the extreme end of the corruption and confrontation continuum, is the movie All God’s Children (2008). "Through the eyes of three families, All God’s Children tells the personal story of the first boarding school for children of missionaries to be investigated for abuse at the hands of the parents’ missionary colleagues [in Mamou, Guinea, run by the Christian and Missionary Alliance]. The survivors and parents share their journey of seeking justice, redemption and healing. Through the eyes of three families…Cut off from their families for 9 months out of the year and without any reliable means of communication, the children quietly suffered emotional, spiritual, physical and/or sexual abuse at the hands of the all-missionary staff. It took the children decades to acknowledge the effects the abuses had on their lives. When they finally dared to break the silence and speak out, the Church denied all allegations and refused to help. But through years of persistent activism the survivors and their parents finally compelled the Christian and Missionary Alliance to conduct an investigation and acknowledge the abuses. The healing could begin. The investigation of the Mamou Alliance Academy was the first of its kind but has since inspired investigations at other schools of many different denominations” (description from the website). Click here to watch the movie trailer; Click here to watch the movie (free online).
.

3. We cannot help but think of the current and protracted case regarding the international NCI fraud, characterized by the abuse of trust, stealing millions of dollars, cover ups and wrongful dismissals by major organizations, attempted impunity, and large scale apathy to do anything about it in the international church and mission community (CMC), primarily the Evangelical CMC. Sadly, these types of experiences are more prevalent than acknowledged and are NOT simply on the extreme end of the corruption and confrontation continuum. For more information visit the PETRA People website, the PETRA People weblog, and the PETRA People petition site (Shine the Light—Together).
.
More Info and Resources
1. PSEA Tools and Updates
2. Keeping Children Safe Coalition provides free online resources and training materials (Toolkit) for organizations working with children as well as the children of staff (the video enactments in the Toolkit are especially helpful).
3. MCA Resource Update on Member Character (July 2012) including the link to quotes related to character and organizational health from the book Transparency: How Leaders Create a Culture of Candor.
.
Reflection and Discussion
**Describe a few applications for MC as a field, for your organization, and for yourself, based on the items/commentary above.

Posted by Member Care Associates at 16:45