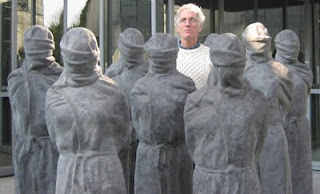 Whistle blowing is a difficult and risky aspect of transparency.

Whistle blowing is a term taken from the sports world. A referee overseeing a game will blow a whistle when some type of wrong behavior (breaking the rules) is committed by a player or even by a coach. The game is temporarily stopped when the whistle blows. The infraction is pointed out clearly and “publically” to all the participants. There is usually a consequence—a penalty.

One example of a misbehavior meriting a referee’s whistle would be intentionally or accidentally kicking someone in a football match. Another example would be intentionally or accidentally pushing someone down during a basketball game. Still other examples would be the far more minor violations like being off sides in a football match or dribbling the basketball with both hands at the same time.

Referees can blow whistles without fear of reprisal because they have recognized and legitimate authority to do so. Their job is to enforce the rules and ensure fair play. Staff in organizations on the other hand, do not usually have the authority of a referee. Neither do staff usually have a set of rules (recognized organizational guidelines) regarding how to do whistle blowing and handle grievances. They can thus be reticent to query/challenge possible misbehaviors and if they do so they may be vulnerable to reprisals. The same applies, as well, to leaders in many organizations. Could such reprisals happen in faith-based organizations and others that espouse good relationships, justice, compassion, and high ethical values? Well, quite possibly!

Whistle blowing in organizational settings can include lots of things. It might mean an employee talking to a supervisor about someone’s inappropriate sexual comments or relentless teasing of others. It could be confronting a leadership team that is withholding information about environmental damage or undisclosed political contributions related to the organization’s activities. Or it could entail filing a formal complaint with the governing board or an external regulatory or police body about possible inappropriate allocation of funds. Whistle blowing serves as a protective function. It is a call for transparency and accountability.

Let’s imagine that there were some major international frauds in the faith-based sector. Many people were devastated by them. What would people in the sector do who heard about the frauds? Would they inquire more about the frauds and confront the frauds in spite of possible negative consequences? What if there was very little response in terms of transparency and accountability by people who had been involved or affected? Is it OK then to just let things be and to move on? What if the situation malignantly spread to also involve various overlapping issues including discrediting, wrongful dismissals, cover ups, and other injustices? How involved would people likely become in order to do something about it? What would you do? Or what would you want if you were one of the victims?

Note that there have in fact been numerous financial scandals that have affected the faith based sector. This year, 2009, for example, marks the 20th anniversary of the start of the New Era scandal in the USA. As you will see in the staggering information linked below, fraudsters in the more recent news like Bernie Madoff certainly have had their predecessors in people like New Era’s John Bennett who embezzled some 135 Million US dollars from over 1000 donors in the Christian charities and organizations.

Thank goodness for the courage, determination, and research of whistle blowing people like Harry Markopolis and Albert Meyer. Markopolis was a financial analyst who “chased” Madoff for some nine years and Meyer was an accounting teacher who insisted that Bennett’s scheme was fraudulent. In spite of being ignored or opposed by others (especially people/institutions benefiting from these “amazing and benevolent” profit-making investments), their ethical commitment to confront wrongdoing and to protect others continued to impel them to take a stand.

Fortunately in major situations like this the details usually go public in due course. The concerted voices from the citizen sector, often with support from people of influence, usually win the day. Government investigators/agencies begin to investigate then prosecute and the international media carry the story. The wheels of justice turn slowly yet the state ultimately does not wield the sword in vain upon those who practice evil (Romans 13: 4).

What could we learn from such situations in the faith-based sector? First we probably have to acknowledge that we may not in fact have learned very much from previous history. We continue to be vulnerable to unscrupulous people who we “trust” and of whom we find it difficult to believe that they could intentionally dupe others and cover up. So we would have to be transparent about the reality that these things do in fact happen, even as the New Testament, business sector, governments, and history warn us over and over again. (See the weblog post from 6 November 2008 for example on New Testament warnings. Go to this internal link and then scroll down to the date: http://coremembercare.blogspot.com/search?updated-max=2009-02-18T21%3A06%3A00Z&max-results=25).

Second we would need to acknowledge our limitations, mistakes, and fears in addition to what we have done well. How have we responded and why? Have we acted with moral courage or have we acted with moral cowardice, or something in-between? In other words we would have to be willing to openly review the specific fraud situations and how they have been handled. We would have to minimize rationalizations and making excuses for not confronting those who are guilty or getting more involved to protect vulnerable people. This individual and group commitment to soul-searching, including doing external independent reviews and internal “morbidity and mortality” consultations, would be one of the best safeguards for preventing similar injustices in the future in which people and organizations get exploited and damaged.

For some related thoughts on fostering organizational health and for dealing with serious deviance and dysfunction, see the article and links at the Reality DOSE web site (link is below). This material goes along well with the recent research by Transparency International et al on Preventing Corruption in Humanitarian Assistance. See the link below for the research report, especially the two-page "Executive Summary". By and large the mission and humanitarian sector, for all our admirable and exemplary qualities, can be vulnerable, naïve, and lack the basic training and recognized protocols to report and deal with serious misconduct.
http://MCAresources.googlepages.com/realitydose

The main actor in situations where there is serious injustice and a paucity of transparency/accountability would seem to be God Himself. He truly hears the cries of the afflicted. He really hears the whistles blowing loud and clear. He Himself will be transparent about the truth even if people are not. Psalm 37 is very instructive here. The promises in this Psalm on the part of God are encouraging and substantial. Here are some excerpts that can be of much help to anyone who is struggling with life’s injustices.

“Do not fret because of evil doers…
they will wither quickly like the grass.

Trust in the Lord and do good…commit your way to the Lord.

He will bring forth your righteousness as the light
and your judgment as the noonday.

For the Lord loves justice and does not forsake His godly ones.

He delivers them from the wicked and saves them,
because they take refuge in Him.”

Consider carefully this next set of quotes from Bennis et al in Transparency: How Leaders Create a Culture of Candor (2006). I think that this is a timely book for all of us in member care and mission/aid. Remember too that it is not just about the “them” out there somewhere or the “bad” people in our midst. It relates to all of us.

“But legislation alone [the Sarbanes-Oxley Act in the USA] cannot make organizations open and healthy. Only the character and will of those who run them and participate in them can do that….If a culture of collusion exists instead of a culture of candor, participants will find ways around the rules, new or old, however stringent.” (p. 8)

…Glazer's study revealed that they [whistleblowers] almost always found the courage to speak out in their deep commitment to the core values of the organization. Even when labeled traitors by their colleagues, such tellers of unsettling truths often feel passionate loyalty to the organization and act because they feel the secret activity violates its mission and ethical core.” (10)

“The charge of disloyalty is as easy for leaders to bring against followers as it is difficult for the accused to counter and disprove. Moreover, as loyalty is typically an admirable trait, it is also a convenient blind for cowardly followers to hide behind.” (p. 79)

For more information on whistle blowing see the helpful suggested policy/white paper on the web site of the Evangelical Council for Finacial Accountability (ECFA):

For some additional perspectives on fraud in Christian circles, see the June 2009 article "Popping the Fraud Bubble" and related links in the magazine Christianity Today.
http://www.christianitytoday.com/ct/2009/june/4.14.html?start=1#related

1. Recall a time when you blew a whistle. What was it like and what happened?

2. What protocols exist in your organization for grievances and whistle blowing? How adequate are these protocols?

3. List three thoughts from Bennis et al that make the most sense to you. How can you apply these in your setting?

4. Respond to this statement and give an example: Often times there is not a need for more light to shine. Rather the need is to act upon the light that is already clearly shining.

Posted by Member Care Associates at 08:18

I think Transparency really is a character development issue. One that should be learned early on.
thanks for the insight.