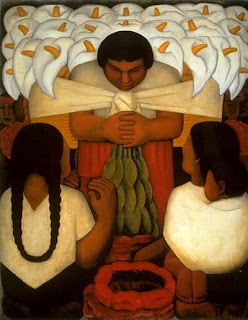 Translation:
Don’t look down on people because they may be small
Don’t sign a document unless you’ve read it all.
*
There are an estimated 42 million abortions each year worldwide.
Over 80% take place in the “developed” world.
http://www.abortionno.org/Resources/fastfacts.html

Hippocrates Then and Hypocrisy Now?
I will not give a woman a pessary to cause an abortion.
But I will preserve the purity of my life and arts.
Hippocratic Oath, circa 400 BC

Didache Then and Deadkids Now?
There are two ways, one of life and one of death, but a great difference between the two ways…you shall not murder a child by abortion nor kill that which is born.
Didache—The Teaching of The Twelve, circa 100 AD

Conception Then and Concession Now?
I solemnly pledge myself to consecrate my life to the service of humanity…I will maintain the utmost respect for human life from the time of conception, even under threat, I will not use my medical knowledge contrary to the laws of humanity...
Declaration of Geneva, adopted by the General Assembly of the World Medical Association, Geneva, Switzerland, September 1948.

The current amended version of the Declaration of Geneva excludes “conception” and says:
"...I will maintain the utmost respect for human life..."

Humans Then and Non-Humans Now?
Quotes from Physicians for Life web site:
http://www.physiciansforlife.org/

American Medical Association. For 125 years, the American Medical Association took a firm anti-abortion position, declaring in 1859 that abortion is the "unwarranted destruction of human life." In 1871, the AMA denounced doctors who would perform abortions as "false to their professions, false to principle, false to honor, false to humanity, false to God." But, in 1989, the AMA called abortion a "fundamental right," to be decided "free of state interference" in the absence of compelling justification.
*

The United Nations. The United Nations Declaration on the Rights of the Child, adopted by the General Assembly in 1959, stated that a child "needs special safeguards and care, including appropriate legal protection, before as well as after birth." This is reaffirmed in the 1990 United Nations Convention on the Rights of the Child.
*
Planned Parenthood. In 1963, Planned Parenthood insisted that the organization's birth control campaign did not support abortion, stating: "An abortion kills the life of a baby after it has begun."
*
California Medical Association. The California Medical Association, in 1970, declared abortion to be "killing" and referred to "the scientific fact, which everyone really knows, that human life begins at conception and is continuous whether intra- or extra-uterine until death."

Reflection and Discussion
1. Physicians for Life says that “Until the 1970s, medical professionals, human rights groups, and birth control providers traditionally understood human life to begin at conception/fertilization.” If this is accurate, then what has changed and why?

2. Should unborn humans be considered to be an unreached people group (UPG)? If so to what extent is this understanding being incorporated into mainstream missiological thinking and practice?

3. What is the place of member care, broadly speaking, for prenatal humans? How could member care practitioners also help in the areas of human sexuality and reproductive health on behalf of postnatal humans?

4. The American Psychological Association has emphasised and supported research that looks at the mental health effects of abortion on mothers/parents. We are wondering if psychologists have explored the mental health effects of abortion on unborn humans--you know the luckless recipients of abortion. Any ideas for “research”? Who knows. Perhaps the dismembered and/or scorched mass of previable fetal parts could actually score quite well on a standardized Mental Health Exam. It might even be oriented for (non)person, place, and placenta, inspite of having a relatively low APGAR score.


My God and my fellow post-natal humans:

this is rubbish and it has to stop!

5. Here’s a short video expressing the beauty and humanness of prenatal life, accompanied by a song from the musician Joe Cocker (You Are So Beautiful).
http://www.youtube.com/watch?v=LdxWFr_UjqQ&feature=PlayList&p=D0E2770173A13165&index=5

**Note 1: To see the Rivera painting that we preferred to put here, go to this web site and click on the second grouping in the gallery (thumbnails) and then click on the last (eigth) painting):

**Note 2: It is important to confirm the sources, context, and accuracy of the above quotes for the web site of Physicians for Life. We have not yet been able to do so, but the quotes do fit with the predominant medical/ethical thinking of the times indicated.

**Note 3: This has been the most difficult (saddest and emotionally draining) weblog entry we have done to date.

Posted by Member Care Associates at 11:19

regarding note 3, I'm glad you posted this.
God is good
jpu